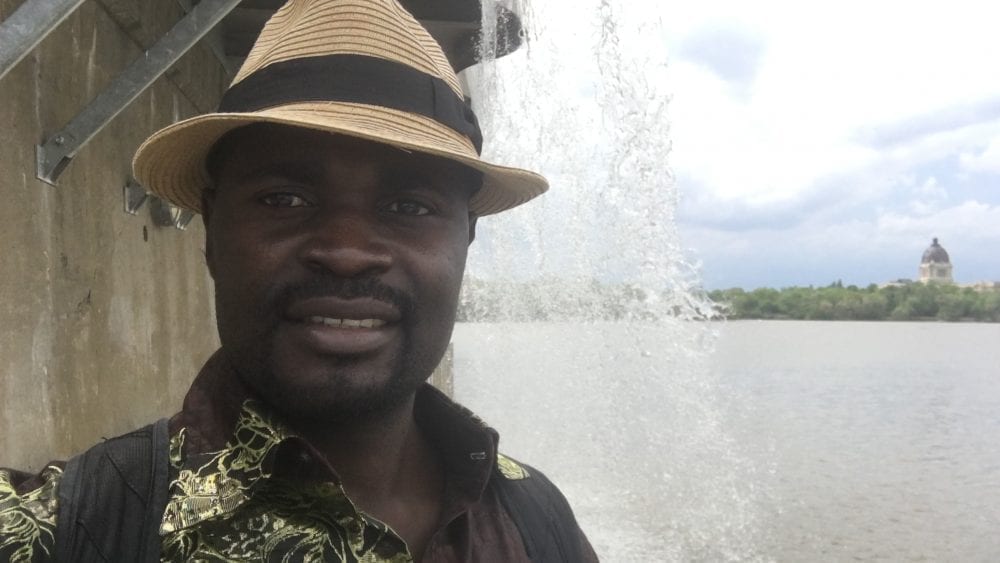 World Oceans Day, held yearly on June 8, reminds us of the importance of the oceans that make up about 70% of our planet earth. Oceans, abundant in natural resources, are vital to our wellbeing. A reflection on their sustainability and the menaces of plastic pollution is in order.

Some years back, while in Africa, I learnt about the effects of plastics on our environment. When I came to Canada to study Environmental Policy at the Environmental Policy Institute of Memorial University of Newfoundland, I had the opportunity to deepen my knowledge. For one of my class research projects, I was able to see the ocean beneath the surface. The amount of plastic found in the ocean and the consequences of this made me realize that the sustainability of the earth is far more threatened than most of us can see.

I agree with Sheavly and Register (2007) that “plastic is one of the world’s most pervasive pollution problems affecting our oceans”. Action needs to be taken by every one of us from our little corners of the world according to the following “Rs”.

Do you really need all the plastic bags we get when we go shopping? I don’t think so…
Reduce the quantity of plastic bags if you can’t do without them. The same goes for producers and marketers who use unnecessary multiple packaging.

Must you immediately throw away the plastic bags or bottles you just emptied? I wonder…
Reuse that plastic bag the next time you go shopping or use it for other things at home. Plastic bottles and other containers can be given a second life as drinking pails for animals, flower pots, liquid storage containers, agricultural use, toys and more.

Did you know that plastic is a raw material in some industries? Reusing plastics in this way can make you wealthy in your efforts to keep our oceans healthy. Don’t pollute with plastics, produce with them.

Recycling and/or recovering (energy) waste plastics helps curb the proliferation of loose plastics that end up in the oceans to tangle, suffocate and distort the alimentary system of ocean wildlife as well as the ocean ecosystem, which also impacts humans. Recycling and energy production plants create wealth both for the owners, waste collectors and the community, so divert them from their path to the oceans where they cause great harm.

Must we use plastics?

Refuse non-biodegradables and plastics that may be useless or a menace shortly after acquisition. This will prevent them from reaching your backyard as trash which may later be found in oceans due to the NIMBY (Not-In-My-Back-Yard) phenomenon. NIMBYism is the major cause of ocean pollution departing from backyards to streets, then to streams and rivers that flow with the pollutants into the oceans. Sailors, ocean and coastal tourists and inhabitants also have a hand in ocean pollution.

The pictures below should make us rethink plastic usage and join the United Nations to prevent plastic pollution that affects ocean health with more repercussions on us than we know. These pictures only show plastic that we can easily see. What about all the micro/nano plastics we can’t see?

While individual efforts are to be encouraged, policy actors as I have learnt from my policy studies need to intervene at different levels depending on the context. The global agenda has been set and the ball is rolling. As a public policy fellow, I offer the following recommendations:

“Diverting plastics from reaching the oceans can make you wealthy and the oceans healthy for a sustainable earth.” — Tamufor N.E.

Tamufor Ndang Emmanuel is an African Leaders of Tomorrow (ALT) scholar from Cameroon studying at the Environmental Policy Institute of Memorial University of Newfoundland. The views expressed in this post are those of the author.