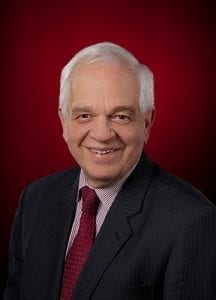 Ottawa, October 21, 2016: CBIE is pleased to announce that The Honourable John McCallum, Minister of Immigration, Refugees and Citizenship, will be speaking at its 50th Annual Conference.

“We are honoured to welcome Minister McCallum to our Annual Conference,” said Karen McBride, President and CEO of CBIE, “given the importance of immigration and citizenship to the international students we support it is a wonderful opportunity for our members to hear his perspectives first hand.”

Minister McCallum was first elected to the House of Commons in 2000. He previously served as Parliamentary Secretary to the Minister of Finance and Vice-Chair of the Standing Committee on Citizenship and Immigration. Before entering politics, Minister McCallum was Senior Vice President and Chief Economist of the Royal Bank of Canada.

Minister McCallum will provide opening remarks at the session on Immigration on November 14, 4:30-5:15 pm in the Confederation Ballroom at The Westin Ottawa.