My ALT Mentorship Experience: Family away from home with Canadian flair 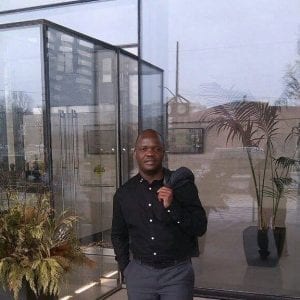 Mentorship within the African Leaders of Tomorrow Scholarship Program

After reading about the mentorship component of the ALT scholarship, I did not completely know what to expect but was hopeful that it was going to be rewarding personally and professionally. I imagined that it would be a highly professional relationship guided by rules and structure. However, the experience became more than I could have imagined and has made a great contribution to not only my professional development, but personal as well.

Mr. Wendell Graves and I met in late September 2016, after several email exchanges. Coming from an African culture in which superiority counts and means a lot, my natural feeling was that I was supposed to go to him in St. Thomas where he lives and not him coming to me. Instead he chose to come to me for our first meeting in Waterloo where I’m doing the Masters of International Public Policy at Wilfrid Laurier University. Perhaps, this was my first real introduction and exposure to the more egalitarian nature of the Canadian society and culture. Everyone is considered equal with mutual respect. Status is achieved and not assigned as in most African cultures. I strongly believe this is critical in public service and it is one of my takeaways from Canada.

Thanks to the mentorship experience I have been oriented to wonderful people and local places. A noteworthy example would be when I had a meeting with Chairman of the Foreign Relations Committee of the Canadian Parliament, The Honorable Dean Alison. Through mentorship I have also found my Canadian family and participated meaningfully in Canadian culture; preparing maple syrup, sitting by the fire and watching hockey (of course!) Even a simple visit to the Ontario Science Center has inspired me to think differently about how children can and should be engaged in science and engineering from a young age.

My first meeting with Wendell was great. I immediately felt we were establishing a life-long relationship. Even though we were coming from completely different cultures and experiences, we had a humanity in common and were interested in learning from each other. The sharp difference in our stories and experiences was certainly an attracting force.

Before arriving to study in Canada I had one major goal in mind: getting a good understanding of the Canadian system of government. With his many years of public service, especially at the municipal level, Wendell was in a perfect position to give me valuable insights on the Canadian governance system. Through him, I have learned the different jurisdictions and levels of the Canadian governance system. I have also become more familiar with how policies are made and implemented, and the mechanisms and framework of coordination and cooperation. Furthermore, I gained an appreciation of how values like respect, tolerance, and hospitality play a foundational role in how those in positions of authority serve their people and community.

My impression of the system is that it works well – even with its complexities and challenges. I am convinced that to make such a system work, strong democratic institutions, transparency and accountability are crucial.

Wendell helped me secure two meetings with Canadian federal members of parliament. I learned so much in those one-on-one conversations. Somehow surprising to me, they were fairly informal, even exchanging jokes at times. From these meetings I really came to appreciate that politics is about serving people and contributing to solving the problems that affect your community, country and humanity as a whole. Political leaders are not gods to be worshipped as is often the case in the African setting and context. The humility and informality from the MPs really touched me.

Overall, having Wendell as my mentor has been a wonderful and special experience.

Thanks to what I have learned I hope to be able to make Liberia a bit more like Canada. I am grateful to my mentor and his family for showing me the way.