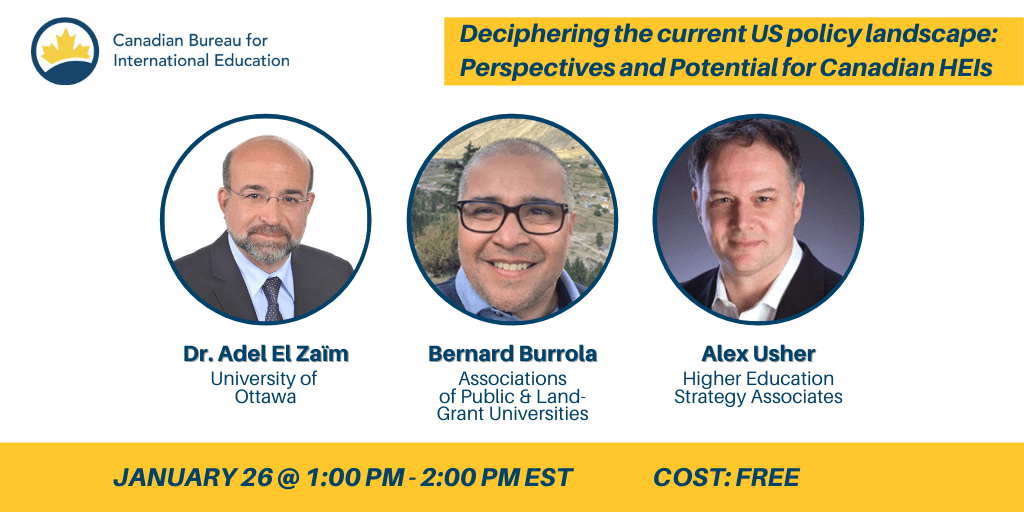 Hosted by the International Relations Professional Learning Committee (IR-PLC) at CBIE, this event is intended to serve as a forum for International Relations Officers (IROs) to gain a better understanding of the potential impacts for Canadian HEIs resulting from the policy changes that are likely to be introduced by the new US administration. This panel will feature policy experts from both Canada and the United States, who will provide us with their insights on anticipated US policy changes, immigration, the landscape of Higher Education, and prospective scenarios that may have an impact upon Canadian institutions. We hope this event will help IROs in deciphering the current policy landscape in the US thus helping Canadian HEIs in preparing and strategizing for the anticipated changes in the coming months. 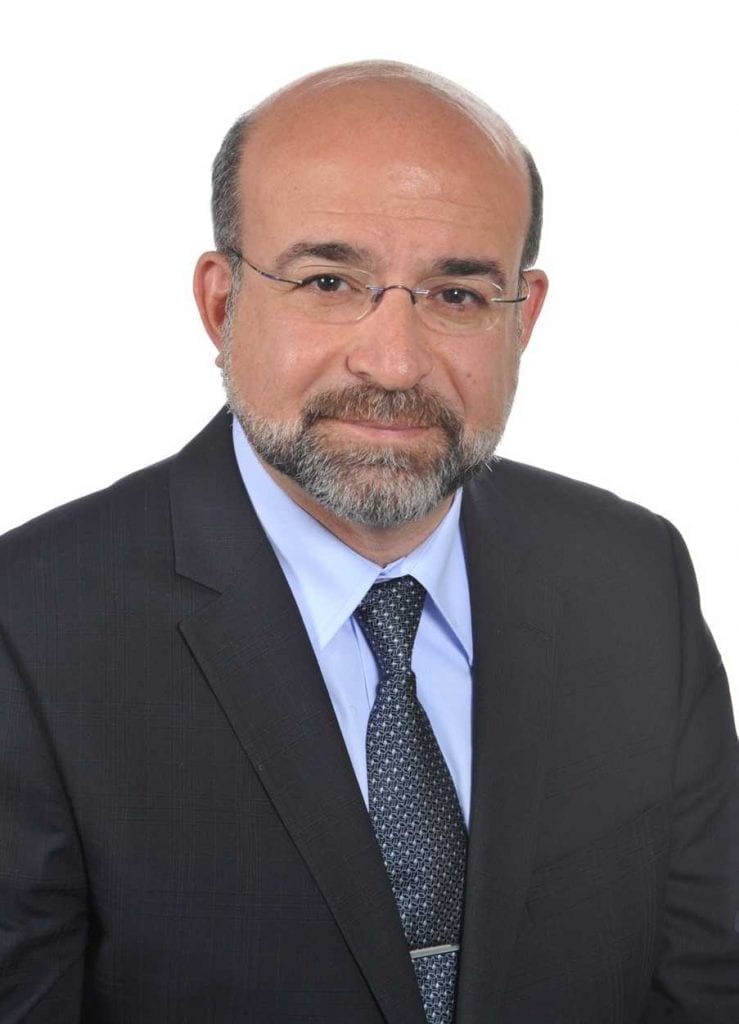 The University of Ottawa, Canada

Dr. El Zaïm has worked for several organizations, most recently the University of British Columbia (UBC) when he held the position of Executive Director for International. He was Director General, Internationalization, at Université de Sherbrooke, in Quebec, Canada, and Senior Program Specialist, Information and Communication Technologies for Development with Canada’s International Development Research Centre, Middle East and North Africa Regional office.

Dr. El Zaïm is President of the Association of International Education Administrators (AIEA), located in the USA. He also assumed the chairmanship of the AIEA Awards Committee and was a member of the AIEA Strategic Planning Task Force. Adel was founding member, Vice-President and President of the Internet Society in Québec (ISOC-Québec) and he was a member of the Civil Society Bureau for the World Summit on the Information Society (WSIS-UN) from 2003 to 2005. He served as a member of the board of several organizations including Association ISOC Quebec, Collège de Maisonneuve (Montréal), Association of Arab Translators (Beirut) and the Economic Local Development Centre Sherbrooke Innopole (Sherbrooke, Quebec).

Bernie Burrola joined APLU in February 2020. He provides leadership to the APLU Office of International Programs and the APLU Commission on International Initiatives (CII) and is responsible for strengthening the global engagement and impact of member universities in the United States, Mexico, and Canada.

Bernie led a five-year bilateral presidential initiative to increase higher education partnerships, research collaboration, and student exchange among U.S. and Indonesian universities. He also worked within the Office of Global Educational Programs at the U.S. Department of State to promote U.S. higher education abroad and increase the number of international students studying at American universities.

Earlier in his career, Bernie worked in college admission at Claremont McKenna College and served on the admission committee at the Fletcher School of Law & Diplomacy at Tufts University. Currently, he serves as an application reviewer for the Schwarzman Scholars Program at Tsinghua University in China.

Bernie earned his master’s degree in development economics from the Fletcher School at Tufts University and his bachelor’s degree in international relations from Claremont McKenna College. He is a former Peace Corps Volunteer in Cape Verde, West Africa and is fluent in Spanish and Portuguese.